Our weekly excerpt from the book "Positive Vision"

About thirty years ago, a family looking for a yeshuah approached Rav Bransdorfer of the Eidah Hachareidis in Yerushalayim. He suggested that the family focus on shmiras halashon, and proceeded to outline the rules of what eventually became known as the Machsom L’fi (lit., a muzzle for my mouth) program. The concept was for a group of people to accept upon themselves to refrain from improper speech for a given two hours each day. Thirty years later, the Machsom L’fi initiative is thriving and becoming ever more popular.

Let’s examine why the program is so successful, and whether we can derive lessons from its success to help our battle for shmiras einayim.

1. Consistency: A person reminds himself every day bar none to guard his tongue. There is nothing like an everyday boost to effect real change.

There are many compilations that have been published recently that aim to strengthen one’s shmiras einayim. Studying these each day, consistently, will certainly have a powerful effect.

2. One commits to a small manageable goal. Try telling yourself “I’ll never speak lashon hara again!” and you may as well surrender immediately. But when the commitment is for just a two-hour period, one can taste success. Rabbi Chaim Volozhin reportedly commented on the verse, the superiority of man over beast is naught: A person is greater than an animal with his capacity to say “No!” A small manageable goal allows one to tap into this capacity.

If one commits to guard his eyes for a period of time, say during his commute, he will certainly have the same benefit.

3. Controlling oneself for two hours strengthens the self-control muscle and allows one to build up strength and to maintain even longer periods of self- control.

4. By focusing on not speaking lashon hara each day, one’s level of awareness and diligence increases appreciably for the entire day. Awareness is the first step in personal growth.

This is clearly applicable to shmiras einayim as well.

5. Many Machsom L’fi group members accept upon themselves small consequences if they fail, such as giving a small sum of money to tzedakah. This strategy aids in discouraging lashon hara.

6. An incredible benefit that becomes apparent to anyone who joins a Machsom L’fi is that by postponing the aveirah of speaking lashon hara, one is much less likely to speak that bit of lashon hara later. Lashon hara that has been delayed for an hour loses its luster. Once the person refrains from sharing gossip when it’s “hot” and the moment passes, he will most often not speak it altogether.

This same dynamic is most certainly in play with regard to ta’avah as well, which is most powerful in the moment. A powerful strategy for shmiras einayim thus emerges: Postpone. Tell yourself, “I will just not do this now.” I need not refrain from doing so forever, just not right now.

Several years back there was a national campaign to resist dangerous substances. The slogan was “Just Say No!” As it turns out, the slogan was wrong. It was too demanding. And it is not the way to successfully delay gratification. It should have been, “Just Say, Not Now!” When faced with a nisayon, one should bear in mind that the moment of full blown ta’avah is fleeting. As long as you distract yourself, get up and move to a different area, etc., you will likely discover that the desire was fleeting and illusory.

About the GYE Boost

As any normal human who walks the streets and browses the internet in the 21st century, we all face the challenge of keeping our eyes pure. GYE Boost brings 2-5 minute audio/video clip to your inbox or Whatsapp each morning, to help you start your day insulated and empowered to be the person you really want to be!

Short & Powerful
Each boost is a condensed dose of chizuk to have the maximum impact in under 5 minutes.
Top speakers
Get inspiration from some the best minds and orators in the Jewish world.
Email edition
If you’re using a Kosher phone, this option is for you. Have the boost become part of your email checking routine.
Whatsapp broadcast
The most convenient way to follow the boost. The clips are sent directly to your device, and can be accessed anytime, even when your offline.

"I am a high school teacher and I am looking forward to using the videos in classes. With today's technology, our youth need so much help to stay strong."

"Ashreichem! Everyone is on the spectrum of this challenge in one respect or another. Keep pushing forward to help remove the stigma of talking about kedushas yisrael openly."

"This is a great project. As a Water Safety Instructor, the first thing you learn is: "Prevention is half the cure"."

"I love how your messages are universal. I've joined shmiras einayim programs in the past and they felt like only people who are really struggling are in them. This is a reality, and we need to be able to talk about this problem openly without it feeling creepy or weird."

"I enjoy how your messages focus on the positive perspective instead of guilting everyone with fire and brimstone. Thank you for showing us how Chazal guide us to overcome challenges and rise up after failures."

"Thank you for these great Chizuk Broadcasts… Light, positive and informative messages of chizuk are always is in need by everyone."

"Thank you... You have helped me reclaim some of my purity."

"You are an amazing organization, I had been receiving your Chizuk emails for a long time already, and its כמים קרים על נפש עייפה. Keep it up, Hatzlacha!" 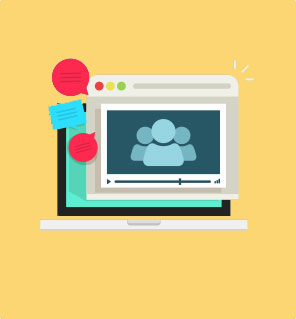 GuardYourEyes.comFor those struggling with more than just Shmiras Einayim 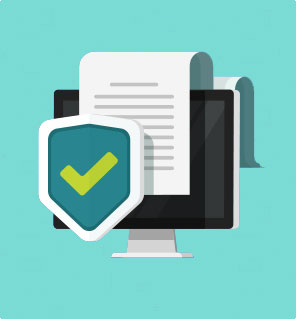 Venishmartem.comGuidance for installing filters on all your devices

Venishmartem has been created to provide an answer to the digital challenges of today's environment. On this website you will be able to find the most cutting edge filtering & reporting solutions for every common internet enabled device, quickly and easily.

Print out this flyer to hang in your shul or Yeshivah and bemazakehtherabbim!

PRINT OUT THE FLYER